Missionary Work is Colonialism is Violence

Dawn Neptune
Please share this with your friends in the faith business. Missionary "work" is colonization and colonization is violence. I was attacked by a deranged preacher about a year ago, in Texas. They DO get physically violent when they can't convert us; and if not for the Standing Rock Vets (VeteransRespond) who stepped in between us when he put his hands on me, I would have ripped that Duck Dynasty beard right off his face. Stop defending that idiot missionary. He got what he deserved.
Self-defense is not violence ~ colonialism is.


Caitlin Lowery
November 24 at 7:32 AM
I used to be a missionary. I would go on short term mission trips to Eastern Europe or Africa for the sole purpose of “earning souls for Christ”. We kept count of the number of people we “saved”. We put on a play or volunteered for a little while to show our love for Jesus. Then after praying with them and adding their soul to the tally marks, we would never see them again.

I thought I was doing God’s work. But if I’m being honest, I was doing work that made me feel good. I would volunteer in an orphanage or help clean out a house, both tasks requiring that the people who lived there had to teach me what to do. This actually took their time away from their family or their work. Yet I believed I was serving them.

Ask me what their names were. I must have worked with and met hundreds of people. Do I remember who they were? Did I even attempt to keep in contact with them or show them that I still care after they’d been added to the notches in my cross? No. Not even once.

This is white supremacy. This is colonization. White people entering a foreign land under the guise of caring to turn people into followers of the white peoples god and life. Do not pretend colonization doesn’t happen anymore. It just lives under a new name: mission trip.

Do not victimize the missionary that was killed for not following the laws of the tribe he claimed to love. Do not demonize the tribe that simply tried to protect their children from disease and violence. If he cared he would have already known their beliefs and laws and would not have disrespected them. But he didn’t care. They were just going to be another notch on his cross.

If you’ve gone on mission trips before, and this feels like an attack, sit with that feeling for awhile. Is it good to help people? Yes. Is it good to insert yourself into someone else’s life without asking based on your own assumption that you are the most important person in the room? No. It’s time for us to reflect on that notion and change our ways. 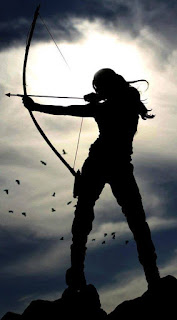 This blog is a place for me to share information and update resources long after the courses I teach have ended. I address a broad range of Native American issues, with a focus on my Nation, the Arawak (and the Taino Nation), Massachusetts (where I live), and social activism/responsibility (related to NA's).

Scroll down this right side for categories and topics. You will find a combination of:
- Information about Native American (NA) CULTURE, HISTORY, & IDENTITY
- A focus on STEREOTYPES & ACTIVISM
- LESSON plans and ideas
- ESSAYS about my personal experiences
- LETTERS I have written and received
- STATISTICS on census data, DNA, and other research
- And, many LINKS to videos, blogs, articles, music, posters, etc.